Microsoft knows only too well about Google Chrome’s dominance in the web browser world. Just look at what happened to Microsoft’s more than competent web browser, Edge, that came packed with Windows 10. Despite being a capable browser, complete with unique features and handy loading speeds it barely made a dent into Chrome’s market share. 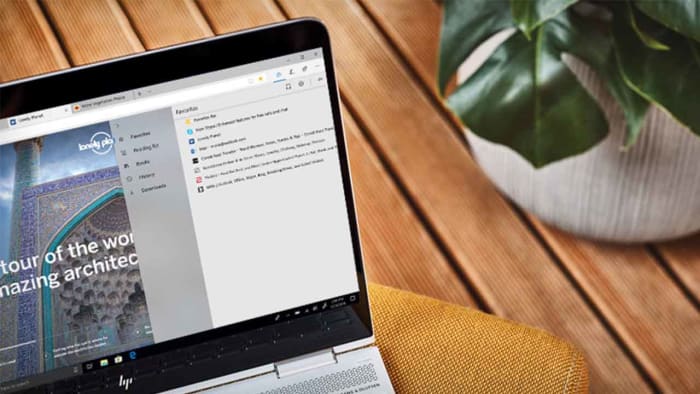 We recently commented on how Chrome coming pre-loaded on Android devices helped it notch up 5 billion downloads and assert market dominance. If only the same could be said for Microsoft Edge on Windows 10 devices. It got so bad that scammers were hijacking Bing search results for Google Chrome as the only time people were using Edge was to download the Google browser. This then led to Microsoft pulling the plug on a fully autonomous Edge browser and instead carrying  it over to the open source Chromium software that sits at the heart of Google Chrome. That’s right, Microsoft Edge is now built out of the same code that built Google Chrome.

Whereas this could sound like defeat for Microsoft it has made Edge a more competitive browser thanks to its compatibility with Chrome add-ons. Another factor is the familiarity to the Chrome experience. We often turn to other browsers but then find ourselves going back to Chrome in search of that warm feeling we get from something we’re extremely comfortable working with. In many ways this new similarity to Chrome allows more new Edge users to experience the different features that might give Microsoft’s web browser, well, an edge over Chrome.

Better than chrome? see what other browser offer

The next Microsoft Edge update will include tracking prevention

Chrome has given its rivals a little room to maneuver against it recently. The move to ban ad blockers has caused a lot of unrest among the Chrome user base and a clear path for its competitors to offer something different to Google’s offering. The other big thing recently, however, is privacy with it coming to light that there are thousands of cookies active on Chrome, tracking every click you make and site you visit. You can disable tracking on Chrome, but trust has certainly been affected.

Most of the tracking is done for advertising purposes. It is why you always see ads that are based on sites you’ve visited recently. Some people think this is useful and that is how the tech giants try to sell it to us. They tell us to allow them to track our web behavior so that we’ll only see ads that are relevant to us rather just the random ads we’d see, if we stop them from tracking us.

There are many reasons people could be against having their web activity tracked, not least because big companies are hacked, and data is leaked all the time. It is these privacy focused users that Microsoft is targeting with the latest Edge update. Edge is getting new privacy protecting tools that will turn off trackers and, “When tracking resources don’t add meaningful functionality to the page, we may even block them entirely.” This could mean that certain tracking elements could be blocked by default as Mozilla is doing with its latest Firefox Preview browser.

Increased privacy could become a key battleground in the battle of the modern web browsers. Chrome has done a lot to annoy its user base recently so through offering something unique even while feeling similar to the Google browser, Microsoft might finally see Edge get the user numbers it always dreamt of. It might be time for Edge to do more than download Chrome.

How to enable private browsing mode on different browsers